another great example of the dutch blues scene in the seventies, here later to be continued with The Blue Eyed Bluesband and The Shakey Sam Bluesband 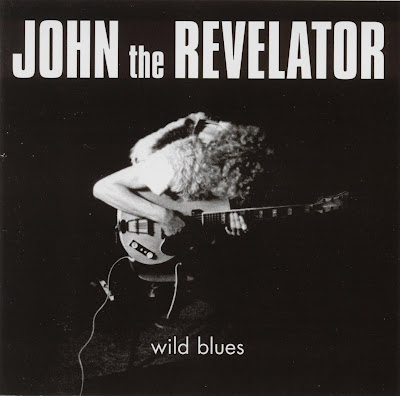 Back in 1966 when Eric Clapton delivered his heavily overdriven wailing blues licks on the “Beano” album with John Mayall’s Bluesbreakers, the guitar world was completely shaken up. Legend has it that Eric put his hand flat on the controls of his Marshall combo, moved his hand to the right, setting all controls full power in the process.
Future Revelator singer and bassman Tom Huissen lived in London at the time that the blues scene triggered by Clapton’s trademark guitar work exploded.He became pals with Peter Green, Eric’s successor in the Bluesbreakers, and witnessed the first rehearsals of Pete’s then new band Fleetwood Mac.
Immediately after returning in Holland Tom started to form a blues band modelled after Fleetwood Mac.Finding the right guys for the job was not too hard and the band started to rehearse with cheap guitars, old tube driven radios for amplifiers and a tyre lever for playing bottleneck guitar.
Early in 1969 the band adopted the name “John the Revelator” after the A Capella blues traditional by the great Son House.John the Revelator took off immediately and extensively started gigging the Dutch and European blues circuits that were thriving at the time.
After winning the prestigious Loosdrecht Jazz contest in 1970 record label Decca offered the band a recording contract resulting in the first album Wild Blues.This highly collectable record was re-released on CD in 2003.
In 1973 the popularity of the blues was decreasing and John the Revelator called it a day very appropriately at a local festival organised by the Dutch Red Cross.
Tom Huissen en lead guitarist Frans ten Kleij started a new band called Hellhound.Contrary to what the name suggest Hellhound was not a band of heavily tattooed leather clad boys playing funny guitars at ear splitting levels.The name was simply derived from the great Robert Johnson song “Hellhound on my trail”.The music of Hellhound still held a strong blues element and can best be described as symphonic blues.
In 1977 after continuous touring Hellhound packed it in.
Both Tom and Frans had a flirtation with other musicians and musical styles but as blood is thicker than water a new line up of John the Revelator was ready to hit the road again after five or six months.This line up recorded the indie album Empty Road back in 1981.Empty Road never got released on CD and nowadays is as much a collector’s item as its predecessor Wild Blues.
In 1983 Cor Dijkhuizen, drummer to the present day joined the band.Again there was much touring and the occasional reshuffle of personnel.The whole musical history of the band is reflected on the 1989 CD ‘Bluesproof’, compiled because of the 20th anniversary of the band.All John the Revelator members past and present do their bit at the 20th anniversary concert where “Bluesproof” is presented to the public.It was during this gig that slide guitarist Paul Dammers decided to rejoin the band after an absence of almost 17 years.
Five years later in 1994 the album “Cahow” saw the light of day. Cahow is a collection of straight blues songs and named after a petrel from Bermuda thought to be extinct.
In 1997 a long overdue live album named “The Tamalone Bluestapes” was released.This album without any overdubs whatsoever contained most of the songs that proved to be live favourites over the years and perfectly reproduces the sweaty stompin’ blues drive typical for a Revelator gig.
In recent years John the Revelator has jammed with Peter Green, Snowy White,Chris Farlowe and a bunch of legendary Dutch blues guys some of which are featured on the album “Down in the Mud”.
They also joined in at the 35th anniversary of the band in 2004 which was recorded on DVD for release in 2007.
This gig again saw the return of present day keyboard wizard Erwin Aubroeck who played earlier with the band in the late eighties.
Now that the 40th anniversary is coming near, a new album is being recorded. It will be called “Underway” after an instrumental by Peter Green which is included on the album.For those who wanna hear some bits and pieces of the new album:click on the banner Underway. Release of the new album is planned for September 2009.
After playing all over Europe the band now for the first time will be touring Western Australia in November 2009 and play at the prestigious Bridgetown Blues Festival.
**
Tom Huissen- Lead Vocals & Bass Guitar
Frans ten Kleij- Leadguitar & Harmonica
Jos de Wilde- Slide Guitar
Charles van den Heuvel- Piano
Fred Huissen- Drums
Henno van Donselaar- Alto Sax
Charles van der Steeg- Tenor & Baritone Sax
**
01. John the Revelator  John The Revelator  0:46
02. I Can’t Stop Lovin’ You  James  3:02
03. Worried Dreams  King  5:41
04. Charlie’s Drive Inn  John The Revelator  1:39
05. Talk to Me, Baby  James  5:01
06. Personal Manager  King, Porter  4:35
07. Wild Blues  John The Revelator  1:37
08. Bleeding Heart  James  4:42
09. No Woman  John The Revelator  3:12
10. Homework  Clark, Perkins  3:05
11. Yeah   John The Revelator  3:03
12. Rockin’ Squirrel   John The Revelator  3:34
13. One Track Mind   John The Revelator  4:44
14. I Can’t Stop Lovin’ You [live]  James  3:22
15. Little Red Rooster [demo version]  Dixon  4:17
16. Worried Dreams [instrumental/demo version]  4:50 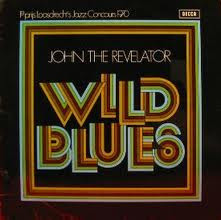 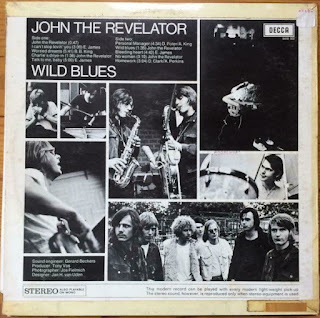 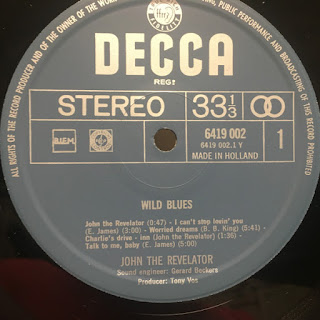