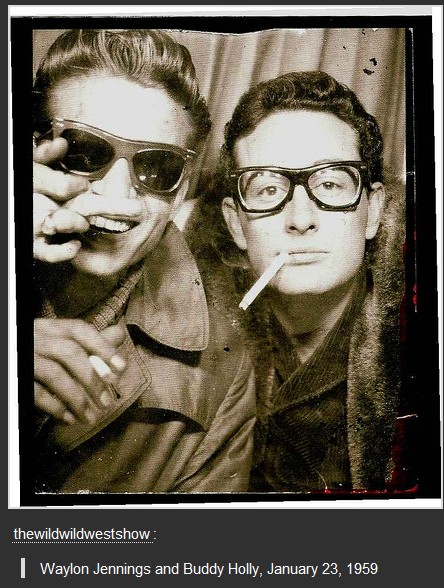 Waylon should have been on the plane that Buddy Holly was on when it crashed, but missed the flight. J.P. Richardson (The Big Bopper), a Lubock, Texas disc jockey who'd written White Lightning and had just recorded Chantilly Lace took the seat Waylon missed. The rest is history - "The Day The Music Died". Ritchie Valens, who had been on tour with Buddy Holly was also killed in the crash.