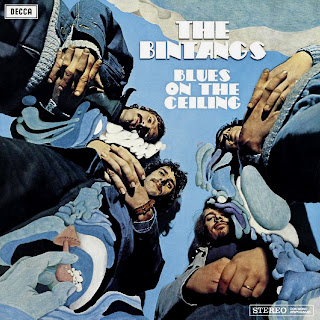 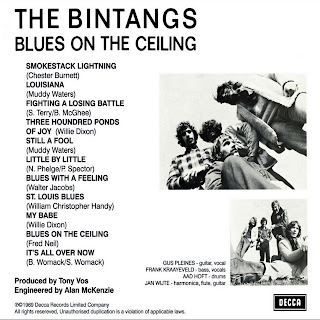 The Bintangs from Beverwijk were originally named Rocket Dynes and Black Phantoms. They didn't only become known for their rough, smoky Hoogoven-born sound, but also for the great number of changes in their line-up. In the 1960s, especially in the province of Noord-Holland, they had a firm following, which, in the cities of Beverwijk and Haarlem, manifested itself in posters plastered on many walls and even a gigantic gas tank with their name painted on it. Although only one original member remains in the band now (Frank Kraayeveld, b, v) and they have split up a few times along the way, the Bintangs (Indonesian for "stars") are one of the (if not the) longest-lasting bands in the Netherlands.
Key members throughout the years were - apart from Frank Kraayeveld - his younger brother Arti (g, v and principal songwriter) and Mick Jagger-soundalike Guus (or Gus) Pleines (v, h). After just two hits, Arti and Frank left The Bintangs in late 1970 and formed Kraayeveld (later renamed Circus Kraayeveld). In 1974, Gus Pleines joined Kraayeveld from the then-defunct Bintangs, but in 1975 they changed their name to Bintangs again. Arti had already left Kraayeveld in June 1973 (replaced by younger brother René Kraayeveld) and formed Carlsberg. Gus Pleines was the lead singer between 1968-1983 and 1989-2004. He died in 2007. The band officially split up in 1985 with Frank forming The Frank Kraayeveld Band. They regrouped in 1989 and continue to this day.